This was another odd year as the world was and still is dealing with the Covid pandemic. So, while things are not quite normal, I tried to make them as normal for me as possible.  The major thing that happened this year was my move from Dayton, Ohio to Sterling, VA which is about 45-minutes outside of Washington, DC.  (I made the move for my regular day job.)   Since I moved out of Ohio I turned the management of the Dayton-Columbus-Cincinnati Cosplay Photoshoot Group over to Eowinth Cosplay and Maker Fishmeal who were my secondary admins for the group.  Though this doesn’t mean I gave up cosplay photography, it just means I again get to participate in the D.C. Cosplay Photo Shoot groups events, which was the basis for the Ohio group.

Surprisingly this year I was able to do a significant amount of cosplay work even though most of the conventions were canceled in the early part of the year and I didn’t attend any that decided to run later in the year.  Most of my cosplay work came from me hosting a cosplay studio day, three one-on-one sessions, and attending D.C. Cosplay Photo Shoot meet ups.

Because several conventions scheduled early in the year were canceled, to include favorite, Katsucon, I decided to hold a studio day at Something Old Dayton just for cosplayers.  Normally at a convention I work with about 20 cosplayers over the course of a weekend, but for studio day I worked with four.  These are what I conserved the top photos from the sessions I did with Rose_Royce as Bluma, Kagaku Cosplay as Vil Schoenheit, Fara Cosplay as Beidou, and But Dragons Tho Cosplay as Gretel. 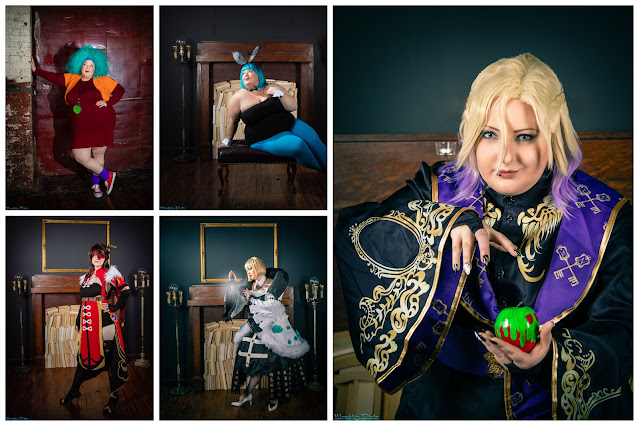 I was able to do three one-on-one cosplay sessions. The first one I did with Maker Fishmeal of her Barbecue Leona right before I move back down to Virginia.  Then about two months after I was settled in Virginia, I got to work with Sara Go Brah again to do a mermaid session two ways. One of the photos from the mermaid session made the September issue of Top Posters magazine.  I then finished up the year with a session with Allie Desantis as Venessa (Ursula in human form). 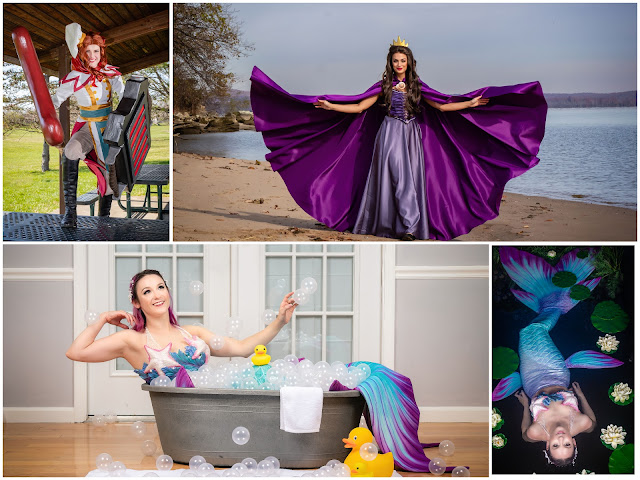 I was happy to be able to work with the D.C. Cosplay Photo Shoot group again. I was able to attend five of their events since moving back Virginia. The events really helped me stay creative and reconnect to the DMV (D.C., Maryland, Virginia) cosplay community.  There are always so many great cosplayes at these events so I chose a single favorite from each of the five events, to include Gloria half of the In the Long Run Designs as Nightwing, Egdramaqueen as Belle, Laci Neal as Rose, The_engineers_cosplay as Sabine Wren, and Ed Wright as Lr. Robert Maynard. 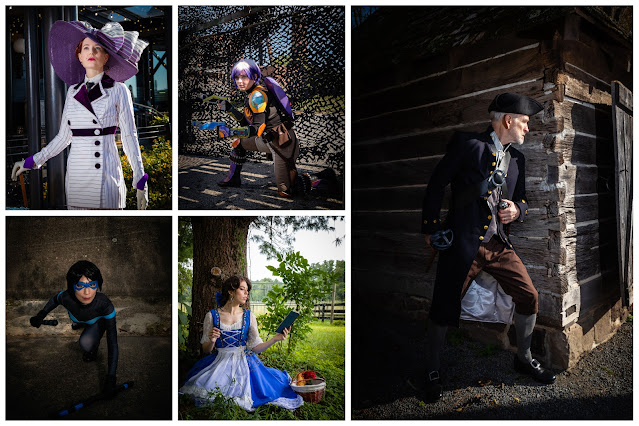 Before I left Ohio, I was building a nice little network of models for my creative portrait work and was shooting fairly regularly. Also belonging to the Cincinnati Female Image Makers helped build several of those connections.  I have not yet found a similar group here in DMV, while there are several portrait meet up groups on Facebook, I have yet to attend one of their events.  However, based on what I have seen on line, those don’t look like the small intimate meet ups but more free-for-alls; however, I’ll wait to pass judgement till I attend an event.   I have also found one familiar face from Ohio here in the DMV, Lady Chapell, who moved to the area a few months before me.

While I did just move back to the DMV, I was still able to shoot with several models, however Lovemsbrickhouse has become one of my favorites to shoot with. She is an extremely talented model that brings it in every session and I have had the pleasure of working with her on three different shoots, a sunflower headpiece, a parachute dress, and a holiday session, all of which have been published. 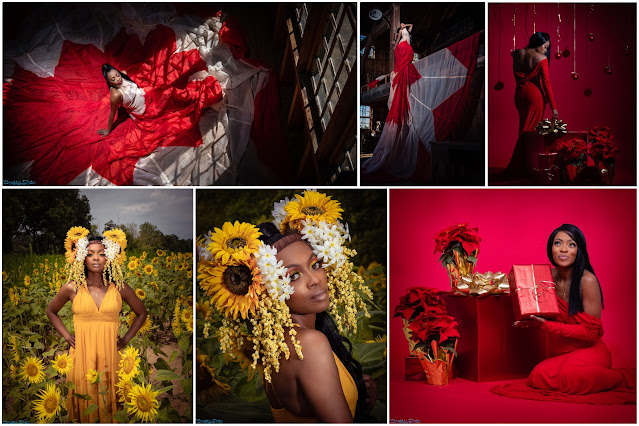 Even though I moved I still was able to do a total of 17 sessions with 7 of those sessions occurring before I moved back to the DMV.  Almost all these sessions had images published in a variety of magazine types, with the moon goddess session making the cover of Teen Cruze magazine. 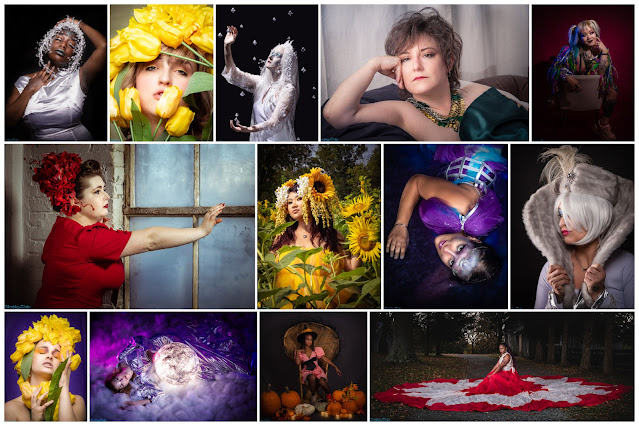 I did do one special portrait session this year. That was a session with my mom and two aunts, before I moved down to Ohio.  It was a fun little session with a 1950’s garden club theme and allowed me to spend sometime with my mom and aunts who are supportive of my photography. They just never had a chance to be in front of my lens for a session, it was a different type of experience for them. 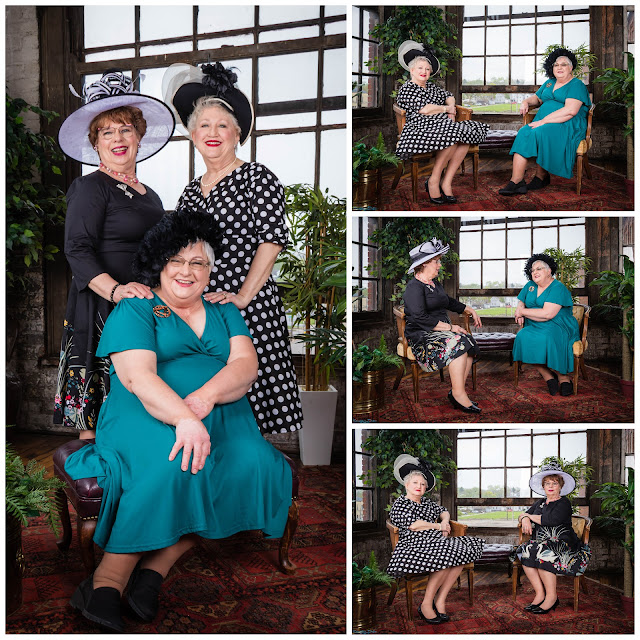 Yes, while we were still in a pandemic, I still went on vacation. I must go on vacation and get away from my environment to recharge and reconnect. This year was a road trip out to Glacier National Park with our two friends Bill and Cristina. I have never been on long multi-day road trip before this trip so it was a new experience for me.  You can read about the trip in the May blog posts. 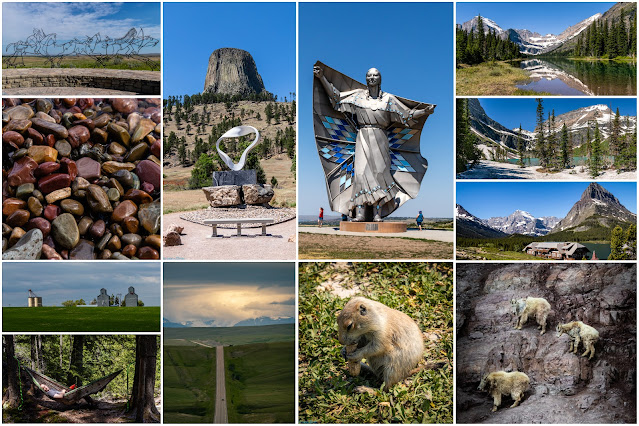 Overall, it was a very busy year with the move, but I managed to stay productive.  I think I’m settling well considering that dragging pandemic makes it harder to connect with people.  Here is hoping to a brighter and productive 2022.