On February 7th, I worked with the lovely Miss June Bug on a Valentine’s Day inspired shoot at Lost & Found Event Rentals in Dayton.  This shoot revolved around a red flower and heart headpiece I recently made.  The headpiece was inspired by the 1940s and 1950s look of pinning flowers to one side in your hair and hats worn to the side of the head.  Since the headpiece has hearts in it, I went for a 1940/50s Valentine’s Day theme and stayed with red and white color scheme.

For this shoot I used:

For this shoot I used my standard 18-200mm lens. I was shooting at ISO 100, a shutter speed of 1/200s, and using an aperture of F5.6 with a few shots taken at F/8. My focal length ranged from 18mm to 80mm, with the most common focal length being 18mm followed by 28mm.  The studio was a bit shallow, so the wider focal length was used to ensure I got the whole body and could crop to 8.5x11 or 11x17 size.  I have been cropping to 8.5x11 or 11x17 because most magazines want images cropped to this size.  I also will use a 1x1 or square crop because that works well for Instagram. 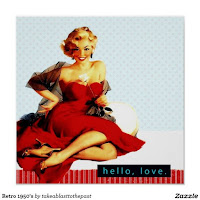 I had several favorite images from the shoot.  My personal favorite, isn’t truly a Valentine’s Day photo but of an image you could see in an old movie. It is one of longing or possible heart break.  To get this image I had a strip soft box to my left, close to perpendicular to the model, and then a larger square soft box to my right to light the models face.  When editing the image, I did the basic edits and used Adobe’s neural filter to balance and refine the skin to give it a polished look. I also applied am orange/teal split tone to the image as well as vignette. The split tone really is what make the image pop, while providing the correct mood for the image. 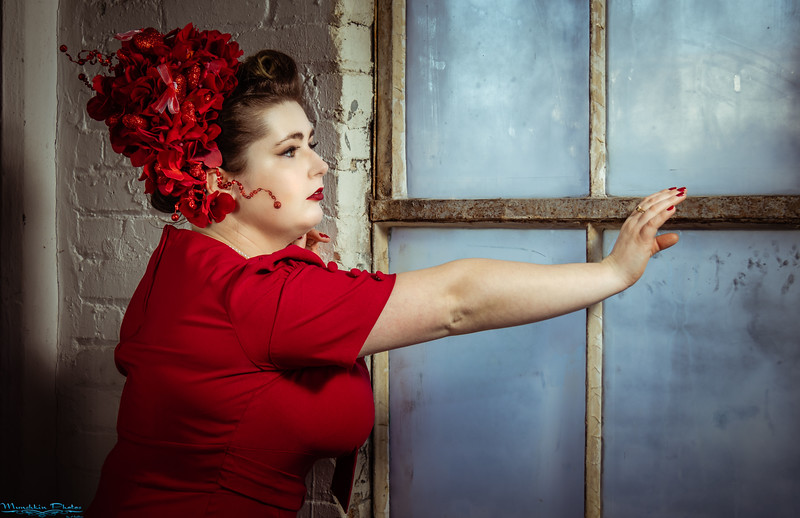 This second image is a favorite because I just like the overall attitude being portrayed in shot.  To me it is a strong confident woman who knows she is sexy.  To get this image I placed the square off box to my right and used that as my main light.  When editing the image, I did basic edits, added a bit of a vignette, and used purple/yellow split tone.

I liked working with Miss June Bug because I got two looks with the same model by having here just wear or remove her glasses. He has wonderful cat-eye glasses that worked with the shoot and look adorable on her.  She used her glasses as a prop, and we were able to capture what I call some sexy intellectual shots.  Then without the glasses we were able to capture those some perky, bubbly personality shots.  You can see a comparison of the two types of shots below.  For both shots I used the round soft placed to my left, and aimed at the model’s face as the main light and then filled with the large square soft box. 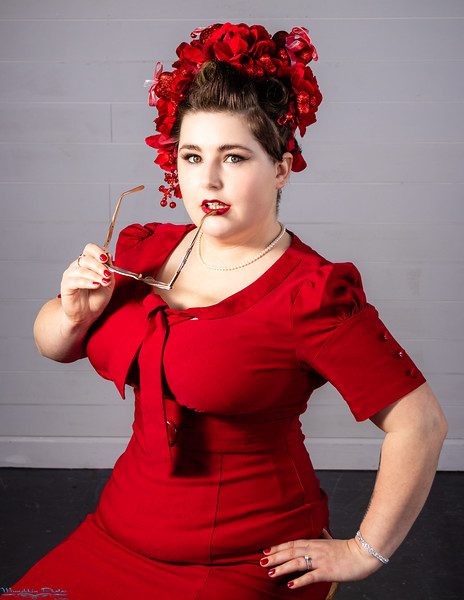 This final image is a rather traditional type Valentine’s Day image, girl surrounded by red, sitting on white fur pillows with a box of chocolates. This image really ties back to my original inspiration image. To get this image I had the model sit on a pillow on the floor, wrapped the red tulle around her a bit like a nest, and then placed the box of chocolates next to her.  I lit this image by placing the round soft box up and to my left pointed down towards the model’s left, and filled with the large square soft box.  When editing the image, I did basic edits, used Adobe’s neural filter to polish the skin to give it a finished look, and then added a light vignette. 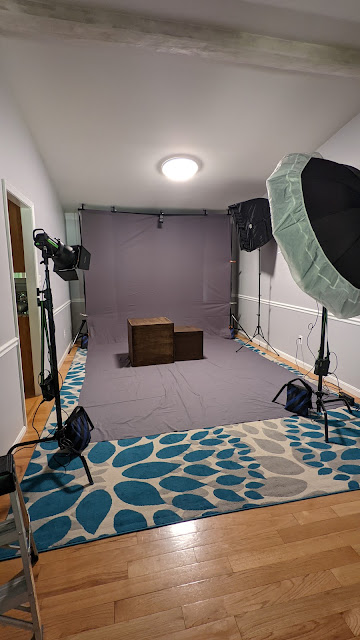