I like doing still life photos now and then, because it can be relaxing yet challenging to get an interesting photo.  My inspiration for this still life was autumn season, even though the weather begs to differ right now.  Really it is the end of September and we been having strings of 90-degree days. 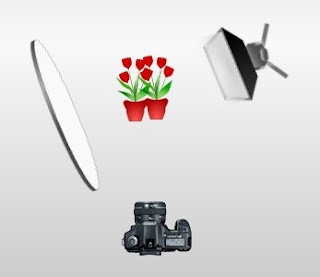 For this shoot the set up was simple. I used a black backdrop laid across my kitchen table. The back drop was propped up in the back by a cardboard box.  I placed a speed light with a small soft box on a light stand to the camera’s right pointed down at the gourds, basket, and straw. The flash was set to a 25mm zoom and 1/16 to 1/8 power. I also had a gold reflector on the camera’s left to reflect some light back into the image to ensure some definition and separation from the background and to give the image some warmth. (See image to left.) I used a 18-55 mm lens.  I was shooting at ISO 100 at a focal length of 18mm with an aperture of  F8.  I used two distinct shutter speeds 1/160s and 1/200s with most frames being shot at 1/160s.  I shot 76 frames and kept 33 images. 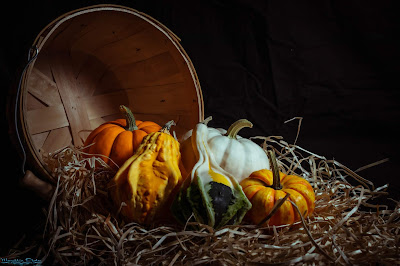 When setting this image up I had a basic fall harvest concept in my mind and built up from the basic image of the gourds, hay, and basket to the all-inclusive image of the with the flowers and candle.  I started simply thinking of the cornucopia and having the gourds spill out. The issue with this was the one small orange pumpkin like gourd would get lost and covered by the other two gourds. To fix this I put two small blocks in the back and covered them with hay to raise the orange gourd up. This was especially important when I added the flowers.  From there I add a red candle, then relied on framing and cropping to help ensure movement and interest in the image.   I then partially broke the set up down, to set the basket up right and place flowers in it.  It was very important to use the reflector at this point to ensure decent light coverage across the scene.  When editing these images, I kept them fairly dark and moody.  However, I did pop the colors by using the “vivid” color treatment in lightroom. I also used some selective highlighting to bring out the edges of the flowers and show the separation of the petals. 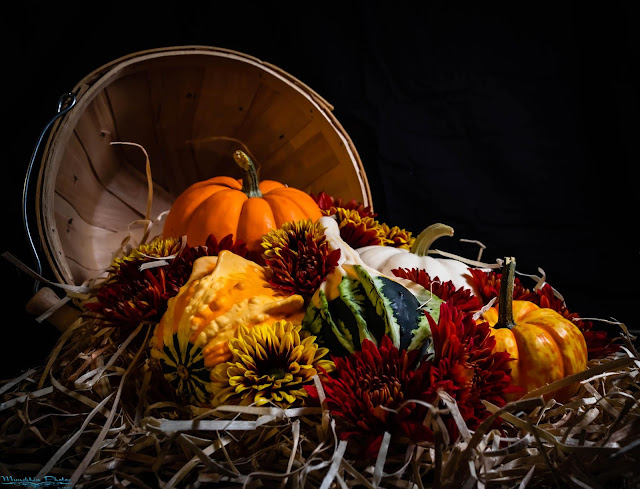 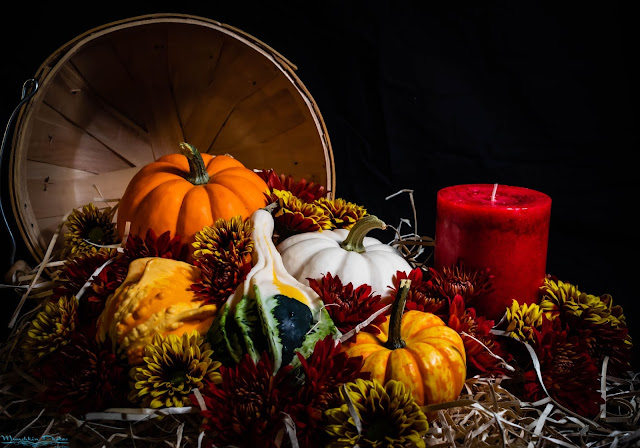 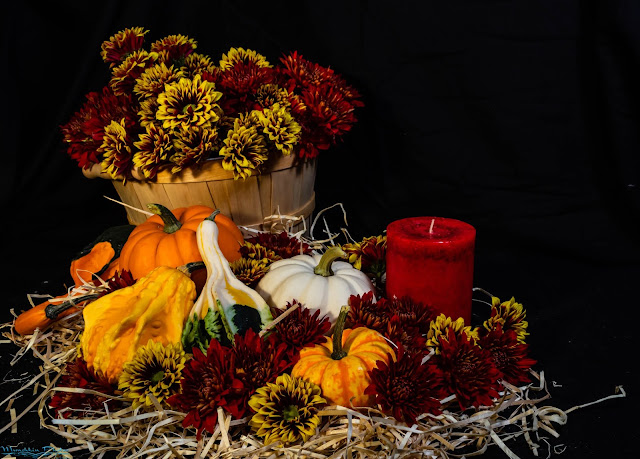