A Castle and a Naked Bath 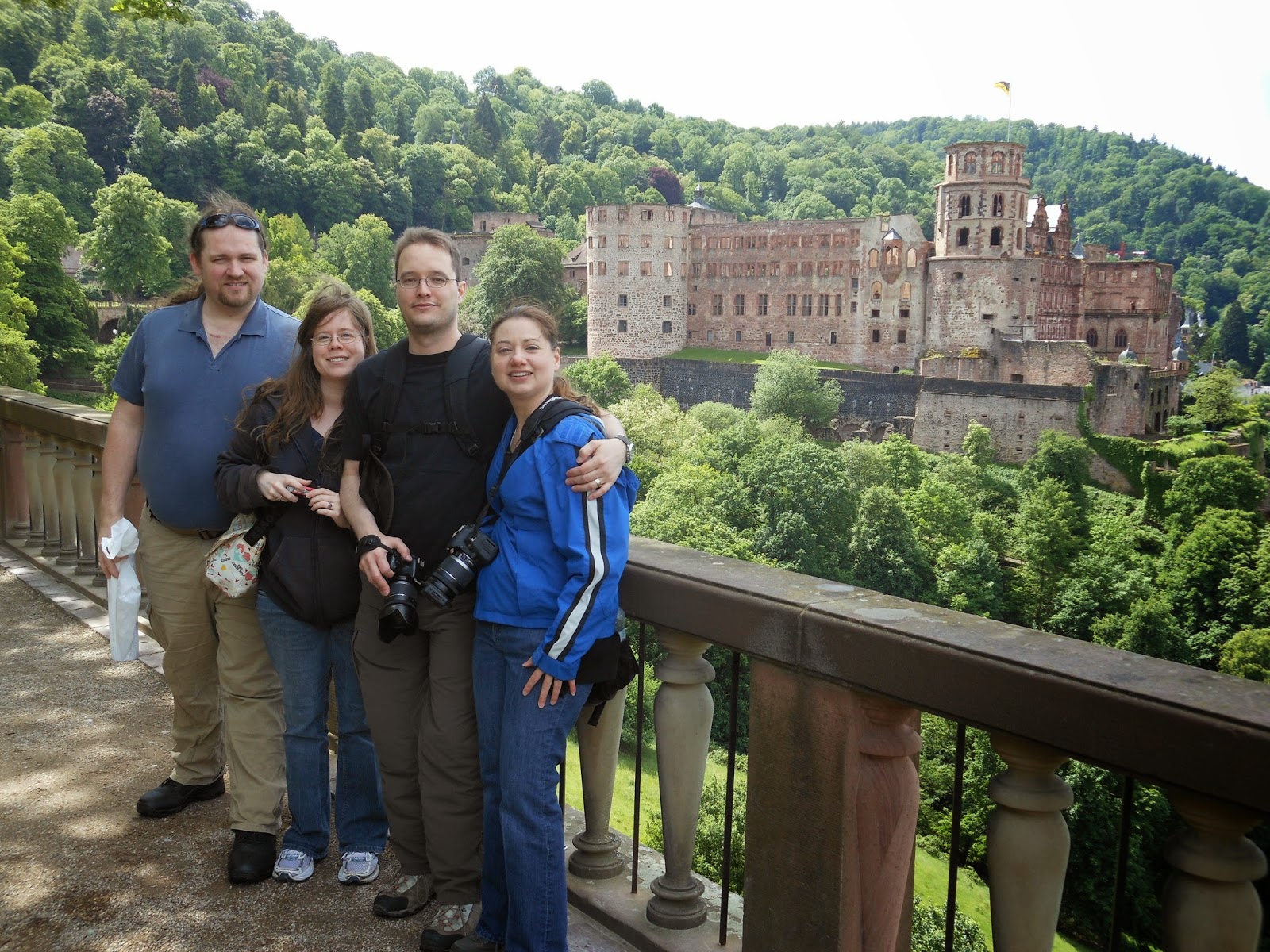 Today we drove up to Heidelberg, to see Heidelberg Castle and to Konigstuhl (Kings Throne) which is 1,800 feet above Heidelberg. We rode the funicular, which is a cable up to the castle and then to Konigstuhl. Out first stop, was at the castle which dates back to the 15th century and is part ruins and partly being resorted. We did not take the tour so did not get to see the inside of the area that has been resorted.  However, there were several photo opportunities around the outside of the castle, which was rather interesting. We walked most of the grounds and visited the apothecary museum inside the castle.  We also go to see the view from the top of the largest wine barrel in Germany, made of 130 oak trees and holds 58,500 gallons of wine. If you’re wondering why they needed a wine barrel that big it is because they used wine to pay taxes and had to hold it somehow. On an interesting side note we had a random person from Kent State talk to us while on the castle grounds because my friend was wearing her Akron University shirt.   Then from there, we rode up the historic funicular to the Konigstuhl. The ride was kind of slow and at a minimum of 28% grade. The most disturbing part of the trip up was seeing the other funicular car coming towards us until the track split to let them come down as we went up. Once we go to the top it started to cloud over, and threaten rain. We had enough time to walk to the overlook and look out one of the scopes and get some pictures before the rain started. Then it started to hail for a few minutes. By then we were ready to go down the mountain (or rather big hill) back to the car and head back to Baden-Baden. 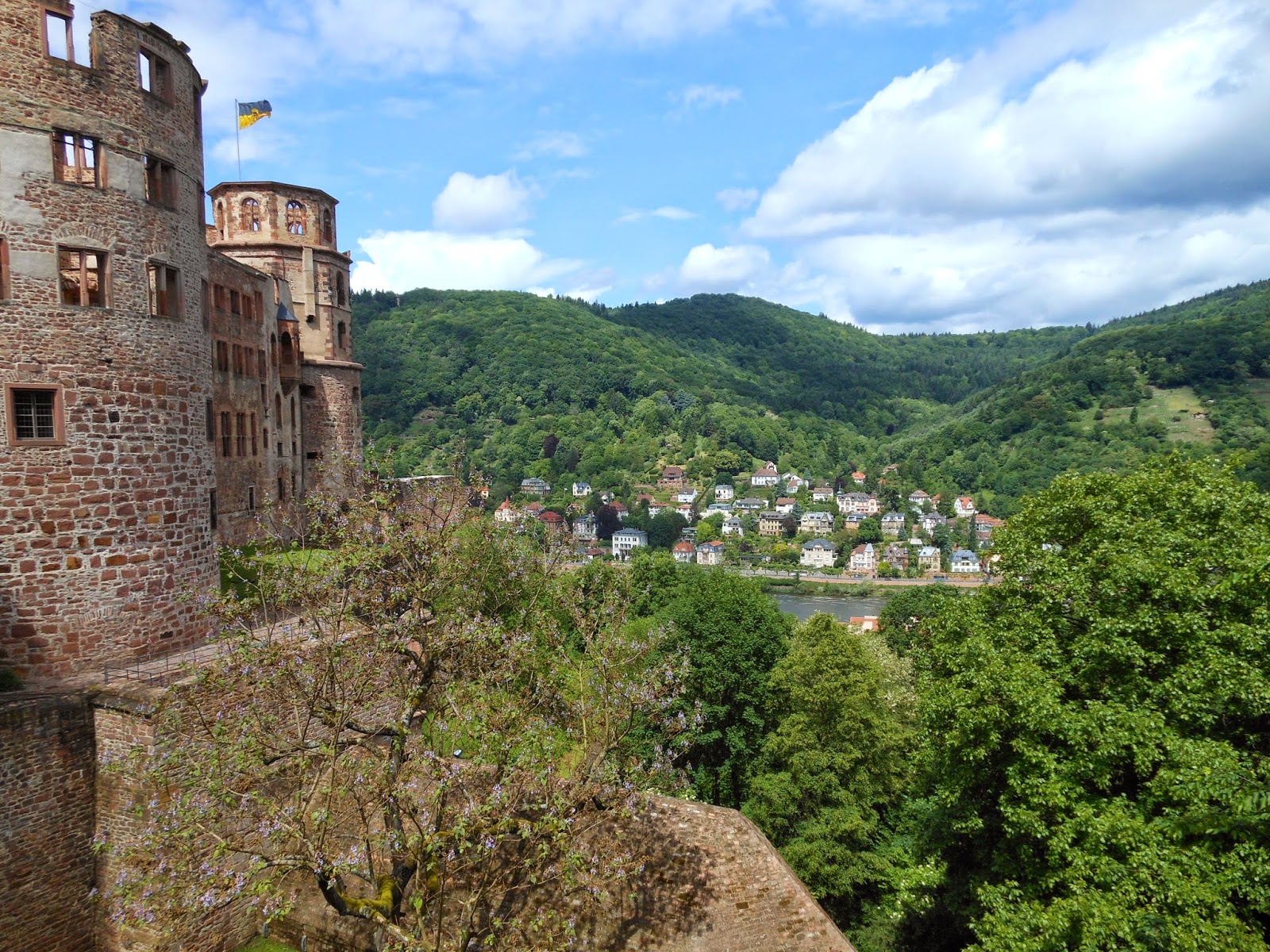 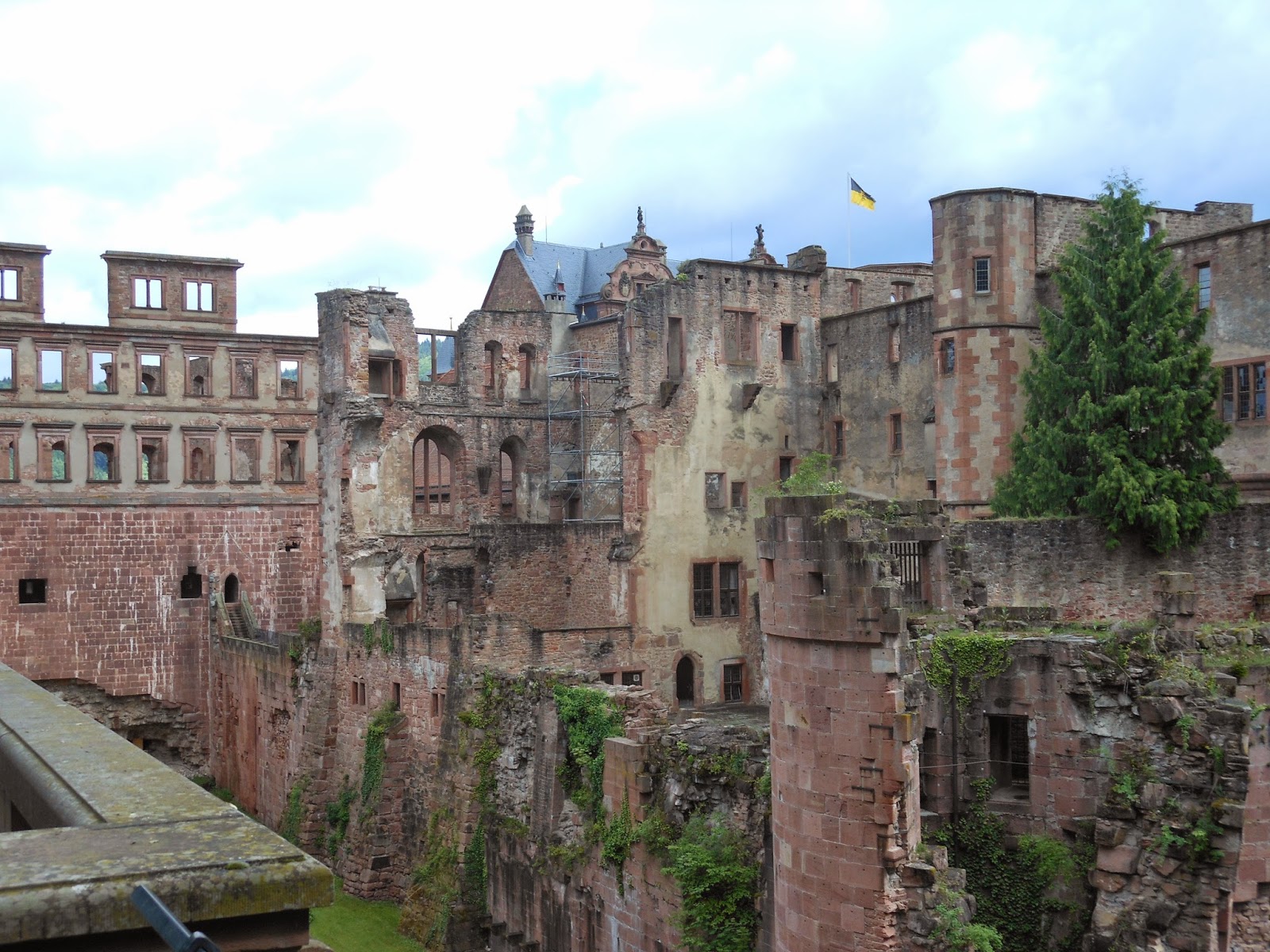 Back in Baden-Baden we decided to go the spa, since it is a spa town. We also determined we needed to go big or go home so we went to Friedrichsbadspa (look at the link) where you bathe nude.  The Friedrichsbad spa is based off of the old Roman spa tradition were you go through several stages for relaxation and cleaning, in this case 17 stages which takes about 3 hours.  You start by disrobing and taking a shower (you shower a lot during the process) then go to two different saunas to get your temperature up. Then shower and go for your brush massage, which is where they scrub you down using soap and a brush. If it is your first time go for the soft brush.  From there you shower again then head to the steam room for 15 to 20 minutes. Shower again then go to the cooling pools.  The first is like a warm swimming pool then to the bubble pool (it has cold air bubbles) then from there it is then to the mixed (both sexes) relaxation pool. I was ok with the mixed nudity until the old guy started walking laps around the outside of the pool, instead of floating in the water. Then from there into the plunge pool a whole 18C, basically I got a foot in and said, nope not happening. That ends the water treatments, so you get a warm towel to dry off with then you get lotion yourself up. Once you are sufficiently lotioned you move to the as my friend and I termed it “the human burrito room” were they wrap you in a warm sheet and blanket to rest for 30 minutes. After that you are done and can dress and return to the outside world.  Overall, the nudity at first was a bit disconcerting, but you get over it really quick since everyone else is. However, I’m glad I went with a friend the first time, on a slow day and on a day the sexes were segregated except for the one cooling pool.  I think I would do it again, because it was a truly relaxing experience.  Definitely worth it.  After that we went for dinner at a little hole in the wall wine tavern with excellent German Maultaschen (German ravioli).

You can see pictures from the castle here, not from the baths.

Tomorrow it is off to the Black Forest and on to Oberammergau.